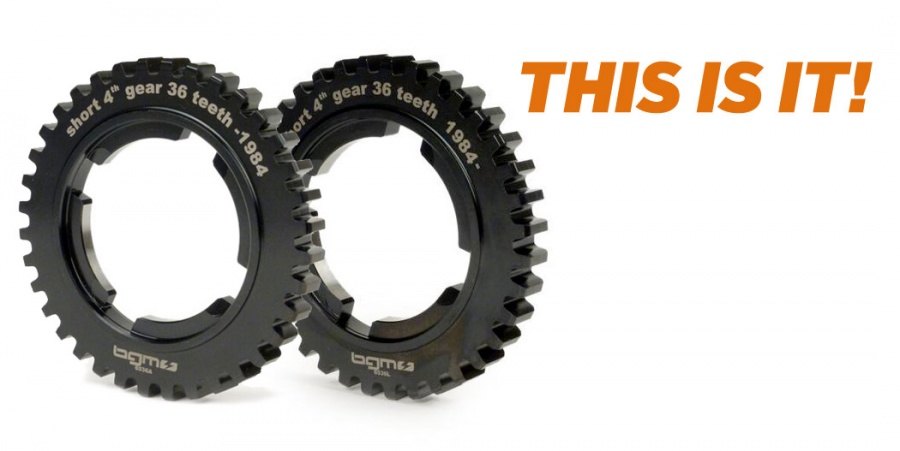 Why should your Vespa have a short 4th gear installed?

Short fourth gear Vespa PX EFL Suitable for all gearboxes with flat cruciform. How to recognise these gearboxes? The driveshaft has a locking ring fitted in front of the gear cogs.

Short fourth gear Vespa PX (-1984) Suitable for all gearboxes with bended cruciform. How to recognise these gearboxes? The driveshaft has a locking ring fitted in front of and behind the gear cogs.

The middle part lies on the cruciform. Measures:

Middle parts of BGM gear cogs are larger (approx. 1/10mm) and therefore the contact surface for the cruciform is larger.

A short fourth gear can be perfectly combined with the 64 teeth primary drive wheel by BGM Pro, which has a longer reduction. Using a 24 teeth clutch sprocket significantly increases the total gear ratio, but decreases the gear step from third to fourth, turning the entire engine performance into top speed.

When working on a gearbox, don’t forget:

So far, Malossi sports and Polini 221 engines, which are high in torque, have proven their quality in combination with a 24/64 gear ratio and a short fourth gear. A short fourth gear reduces the gear step between third and fourth, in order to grant a sufficient torque and smooth gear ratio and nice acceleration when changing to fourth.

The table and graphs** below show the difference. Higher reduction leads to nice cruising speed in towns and on large roads at lower gears with very low revs. This combinations offers rather quick driving and a higher top speed with lower revs when driving in fourth. **(We would like to take this opportunity to thank GSF member Motorhead for the Gear Calc!) 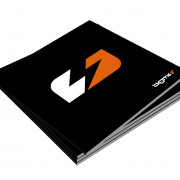