Our good friend Taka Kitagawa has co-organized a scooter Rally in Japanese ISE SHIMA national park. The Rally was held I a nice and familiar atmosphere.

The first date for the Rally was cancelled because of a Typhoon. Finally thet Rally took place last weekend. Despite the oncoming winter in Japan as well, our friends were indulged with mild temperatures and beautiful sunshine.

After the BIG RUMBLING Rally the Skooter Ride Out is the largest Rally in Japan. The Feedback for the Rally was second to none and much more entrants are expected for next year’s Rally.

This is the resumme from Taka: “We are obtaining the feeling that SCOOTERING SCENE of Japan began to move. I have been really deeply moved! Thank you SCOOTER CENTER!!! In the rias coast, SHIMA-CITY by which we did Rally is beautiful city. Nice Road, nice food and beautiful scenery! Scooter Scene of Japan received the off-season with our Rally.“

If you have a look at the pictures, you have to agree totally and we are sure, you can’t wait until you head of for the next Rally.

Thanks for the pictures to Nao Sumii! 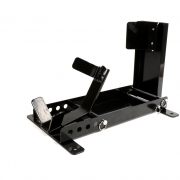 Wheel chock for trailer and scooter stand for front wheel

SCOOTER CENTER GmbH
4.5
Based on 428 reviews